Empirical Evidence as defined by Wikipedia is in short, " information that justifies the truth or falsity of a claim."

Merriam-Webster defines justify as: "to prove or show to be just, right, or reasonable"
Here is a short list of information that I am persuaded makes the claim that Heaven is real a reasonable one.

First: I think an important underlying assumption is that there are no facts which I am aware of that have been empirically shown to be 100% mathematically certain. I do not think it is a realistic expectation to have 100% certainty in a claim in order for to it to be reasonably true. I doubt any person reading this requires much more than a reasonable amount of certainty in order to make decisions on a daily basis. Much of life is a gamble. Love, finances, investments, experiments, what degree to choose, who to trust with our lives and in the case of this short post who do we trust with our eternity. We do the best we can with the limited information we have. it is our responsibility to follow the clues to discover reality, and behave accordingly.

"There is no such thing as absolute certainty, but there is assurance sufficient for the purposes of human life."

I do have doubts, however, the more rocks I overturn and the more digging I do, the more those doubts are met with increasing certainty.

Here is my argument:
Point One:

The universe is incredibly fine-tuned for life

Here is a six minute video that explains the argument for the fine tuning of the Universe. https://www.youtube.com/watch?v=UpIiIaC4kRA

If you are into the really technical details of the argument Professor of philosophy Neil A Manson at the university of Mississippi has a published paper here that you can dig into.

The argument is roughly that the parameters required for the existence of our universe are such a powerfully microscopic delicacy that it is wildly improbable that this universe exists by chance.

Therefore the most probable (and reasonable) explanation is that those parameters have been finely tuned by somebody.

This does not necessarily PROVE the existence of God, it does however point strongly to A God
Point Two:

The Bible records Jesus Christ's claims that He is God, that He was murdered unjustly, buried in a borrowed grave, secured by Roman soldiers but Rose from the dead and was witnessed alive by hundreds of people.

Records showing Jesus' claim that He is God:
Jesus' claim that he would be murdered and would rise again:
Records of his resurrection:
Point Three:
There is sufficient evidence that the Bible is accurate

There are about 5,700 hand written manuscript copies of the NT Manuscripts in greek

Any later editing would have stood out clearly in comparison with the ancient manuscripts
Greek scholar D.A. Carson sums it all up like this, "the purity of the text is of such a substantial nature that nothing we believe to be true, and nothing we are commanded to do, is in any way jeopardized by the variants"

New Testament Critic Bart Ehrman says, "...for the New Testament we have much earlier attestation than any other work of antiquity" 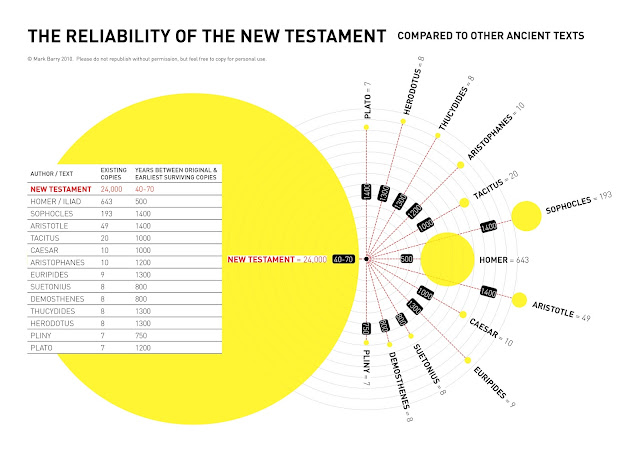 Jesus said, "I am the way, the truth and the life" Excluding all other ways, truths and lifes. He is the ONLY way to God and has made it possible for us to know Him and be forgiven.

Pray, call out to God, and ask Him if He is who He claims to be, to reveal himself to you. I did that in 2004 and He answered my prayer in a big way. I have faith He will do the same for you, and transform you the way he has me. My short testimony is below

I was not raised to be a follower of Christ. I may have gone to a church once when i was 8. So I had been exposed to Christianity. I also had close friends who were Buddhist who frequented Buddhist temples, which I tagged along with and received prayer and "blessings" from. I was also exposed to Islam when I was in the Air Force and read bits and pieces of the Qu'ran and listened to men talk about Allah. I had also been exposed to five percenters who believed white people were the devil. However, in the midst of all of this exposure to various philosophies, though intrigued, I clung to my God - my own pleasure. As long as something felt good and didn't directly hurt somebody else, it was game on! It was not until I was kicked out of the military after more than 4 years of service for drug abuse, and I had lost everything, and my God of pleasure was failing me that I began to sincerely grope for help. Through multiple channels Jesus Christ was speaking to me and drawing me to Himself. I eventually surrendered and admitted my Sin and asked for His forgiveness and accepted his payment for my guilt. For some time after that I still had my doubts. Feeling an increasing pull from God for me to commit fully to Him and to give up everything that displeased Him I began to dig deep and really cry out for God to reveal Himself to me. I really didnt want to give up the sex and drugs if I didnt have too, BUT, I was willing too If He was real, and if the Bible is accurate, then He is able and willing to reveal himself to me. Because, if not then I am going right back to what makes me feel good. By His grace on multiple occasions He did, and on one night in particular He revealed himself to me in such an amazing way that I have been forever transformed! Jesus Christ is real and He will reveal Himself to you, humble yourself, ask for forgiveness and cry out to Him, I bet my life that He will answer!

*Disclaimer:  I am a laymen.  Most of the information above have been curated from the internet or books I have read, I do not have any formal training.  (but I do have experience!)
Posted by Jason Dudley at 8:27 PM